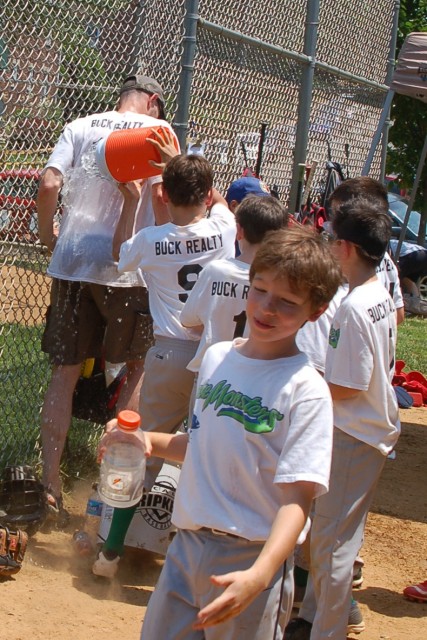 Coach Holland gets a Gatorade shower after the Lake Monsters clinch their championship game!  Congratulations to all the ABR Division Champions listed below.  Check out our playoff photo album using the tab above.  Have a picture to add?  Send it to http://arlingtonbrbaseball@gmail.com