ABR Storm Dominates at the Doc B! 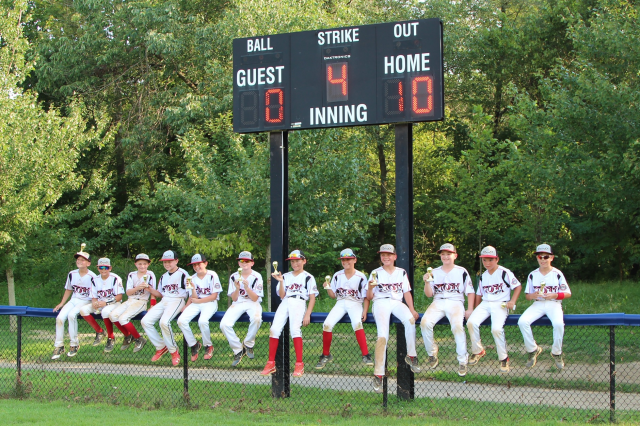 Storm Dominates at the Doc B Summer Classic!

The summer season for travel baseball players 12 years old and younger wrapped up this weekend with the Doc Bonaccorso Summer Classic, otherwise known as the “Doc B,” named for a longtime Arlington coach.

Nearly 30 teams from Virginia, Maryland and the District managed to beat the searing temperatures, playing outstanding baseball on fields across Arlington County. The tournament directors adjusted schedules to move games away from the mid-day heat, built in frequent water and shade breaks for players and umpires, and set up misting stations, which were popular for kids and adults alike. A popular vendor was snow cone maker Mobile Snowballs, which did a booming business throughout the weekend.

In all, 49 games in 5 age groups decided the champion teams in the 8-year-old to 12-year-old divisions. The 2019 Doc B Summer Classic championship games and results went as follows:

While teams on the field had some outstanding plays, the true MVPs at the Doc B were the many ABR volunteers who made this annual event a success. Hats off to everyone in the ABR community who stepped up and put their talents to work—and work it was! With temps pushing 100 degrees, this tireless volunteer army—led by tournament coordinator Tracy Bare—did incredible work to make this tourney a safe and fun event. Thank you to everyone who contributed.

Note: Arlington Babe Ruth Storm 9U Black was not able to participate in the Doc B tourney, as the team was representing Virginia as the State Champion in the Babe Ruth Regionals tournament in Fredericksburg, VA. After dropping tight games to Gainesville-Haymarket and West Raleigh, Arlington came storming back to top West Raleigh 7-2 to finish 1-3 in the Southeast Region.